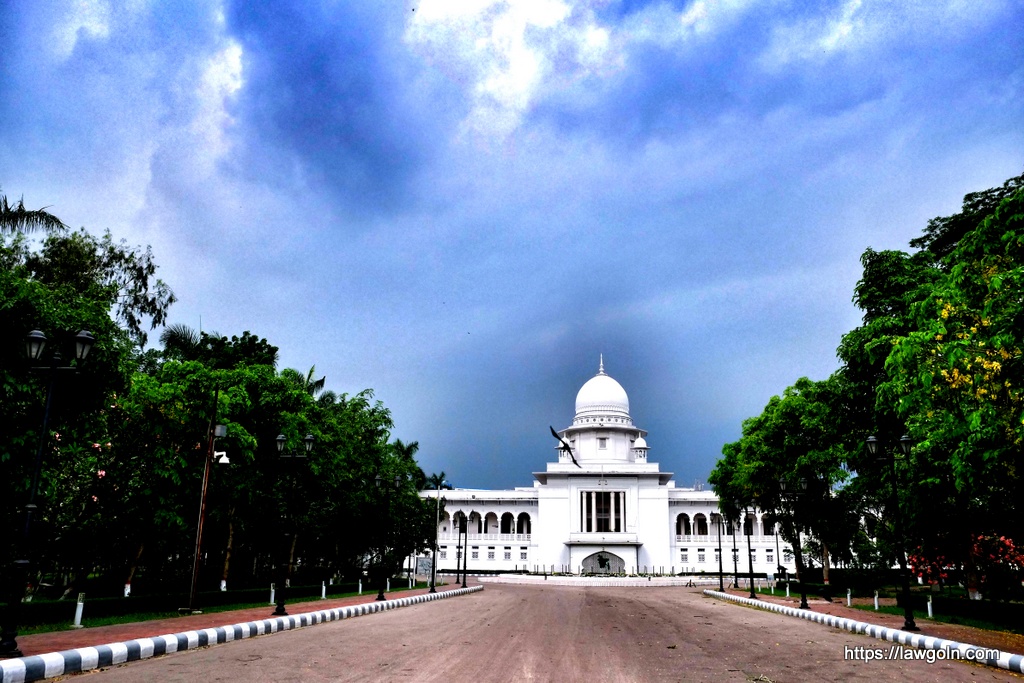 This article describes about “Office of the Court” of Supreme Court of Bangladesh.

Offiers of the Court etc. 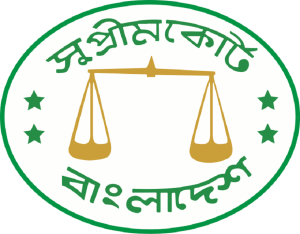 5. The official Seal to be used in the Court shall be such as the Chief Justice may from time time direct, and shall be kept in the custody of the Registrar.

6. Subject to any general or special directions given by the Chief Justice, the Seal of the Court shall not be affixed to any writ, rule, order, summons or other process save under the authority in writing of the Registrar.

8. The Registrar shall keep a lsit of all cases pending before the Court and shall subject to these Rules and to any general or special directions given by the Chief Justice, prepare the list of cases ready for hearing and shall cause notice to be given thereof and of the day, if any, assigned for the hearing of any case or cases in the list.

9. In addition to the other powers conferred by these Rules, the Registrar shall have the following powers subject to any general or special order of the Chief Justice –

(a) to require any plaint, petition of appeal, petition or other matters presented to the Court to be amended in accordance with the practice and procedure of the Court or to be represented after such requisition as the Registrar thinks proper in relation thereto, has been complied with;

(b) to fix the dates of hearing of appeals, petitions or other matters and issue notices thereof;

(c) to settle the index in cases where the record is to be prepared under the supervision of the Registry:

(d) to direct any formal amendment of reocrd.

1. A person qualified as hereinafter mentioned may apply to be enrolled as an Advocate in the Court and if his application is granted shall, on payment of the prescribed fee, be entitled the names of Senior

to be so enrolled and to appear and plead before the Court. 2. The Roll of Advocates shall be in two parts, one containing Advocates and the other the names of other Advocates.

The period during which a person was entitled as of right to practise as a vakil or pleader in a High Court in Bangladesh before the Constituion Day or in a High Court in British India before the fourteenth day of August, 47, immediately before his enrolment as an Advocate in that High Court, may be taken into account for the purpose of calculating the above-mentioned period of ten or five years.

5. A person who in the case of an appeal before the Court has appeared as counsel, Advocate or vakil in that case in the Court from which the appeal is brought shall be entitled to appear and plead in the appeal, not withstanding that he has not been enrolled as an Advocate in the Court, provided that an Advocate of the Supreme Court is briefed with him.

6. The Chief Justice and Judges may, if for any special reason they think it desirable so to do, permit the enrolment of any other person who is in their opinion sufficiently qualified, or permit such person to appear as an Advocate in a particular case.

7. No Advocate shall appear in any case, unless he is instructed by an Attorney.

8. The Roll of Advocates shall be kept by the Registrar and shall contain such particulars as the Court may from time to time require.

9. All Advocates appearing before the Court shall wear such robes and custom as may from time to time be directed by the Chief Justice.

11. The Attorney-General for Bangladesh shall have precedence over all Advocates in the Court.

13. The Advocates-General for Bangladesh and an Advocate-General shall by virtue of their offices have the status and precedence of a Senior Advocate in the Supreme Court, notwithstanding that their names are not contained in the Roll of Senior Advocates.

Provided that the seniority of Senior or other Advocates as already determined under the relevant rules before the Constitution Day shall be maintained;

Any question which arises with respect to the precedence of any Advocate shall be determined by the Court.

16. An Attorney shall before enrolment subscribe before the Registrar a declaration, in such form as the Chief Justice may from time to time direct, undertaking to observe the rules. regulations, orders and practice of the Court and to pay all fees or charges due and payable in any cause, matter or appeal in the Court.

17. Every applicant for enrolment as an Advocate or Attorney shall produce an authenticated copy of his enrolment certificate in his own High Court and a certificate that he is still an/a Attorney/Solicitor /Advocate of that High Court.

18. Every Attorney shall have an office at the seat of the High Court in which he is enrolled as an/a Attorney/Solicitor/Advocate and shall notify the Registrar of the address of his office and of any change of address, and any notice, writ, summons or other document delivered or sent through post to the Attorney at the address so notified shal be deemed to have been properly served.

19. Two or more Attorneys may enter into partnership with one another, and any one of them may act in the name of the partnership. provided that the firm has an office at the seat of the Court and is registered with the Registrar. Any change in the composition of the firm shall be intimated to the Registrar.

20. An Attorney who wishes to have his name removed from the Roll of Attorneys shall apply by petition, verified by affidavit, entitled “In the matter of an Attorney in this Court”, and stating the date of his enrolment as an Attorney, the reason why he wishes his name to be removed, that no application or other proceeding in any Court is pending, or is likely to be instituted against him, and that no fees are owing to the Court for which he is personally responsible.

21. Every Attorney shall before acting on behalf of any person or party file in the Registry a Power of Attorney in the prescribed form authorising him to act.

22. No person having an Attorney on the record shall file a power or warrant of Attorney authorising another Attorney to act for him in the same case save with the consent of the former Attorney or by leave of the Court, unless the former Attorney is dead, or is unable by reason of infirmity of mind or body to continue to act.

23. No Attorney may, without the leave of the Court, withdraw from the conduct of any case by reason only of the non-payment by his client of fees, costs and other charges.

25. No person having an Attorney on the record shall be heard in person save by special leave of the Court.

26. No Attorney shall authorise any person whatsoever, except another Attorney, to do any act in his name in any case. The authorisation shall be in writing.

27. Where a party changes his Attorney, the new Attorney shall give notice of the change to all parties concerned.

28. No Advocate shall act as Attorney nor Attorney as Advocate in any circumstances whatsoever.

29. An Advocate or an Attorney who wishes to suspend his practice by reason of his appointment to any office of profit under the Government or his being engaged in other profession or for any other reason shall give intimation thereof to the Registrar.

30. The names of all Senior Advocates, other Advocates and Attorneys enrolled as such in the Supreme Court of Bangladesh immediately before the Constitution Day shall be deemed to be transferred to the respective Rolls of the Supreme Court.

31. Where on the complaint of any person or otherwise, the Court is of opinion that an Advocate has been guilty of misconduct or of conduct unbecoming an Advocate, the Court may take such disciplinary action against him as it may deem fit, and may report him to his own High Court. For purposes of this rule, an Advocate includes a Senior Advocate.

This first widget will style itself automatically to highlight your favorite product.